The event entitled “Let’s Play Together” was conducted by Tania Sultana and Mong Mong Sho. An unprecedented, two-day event involving children was hosted in the courtyard of Brihatta for the first time.

A little further from the turn by the tanneries, on the rooftop of Mukti Tannery- 1, for the past few months, Brihatta has been on a journey to harmoniously combine nature and the arts amidst this dark time of the pandemic. A group of young children joined Brihatta on this journey, for two autumnal afternoons on the 10th and 11th of September 2021.

Brihatta started its journey in Hazaribagh against all odds. Arranging an event in a polluted area, bringing together children and the greenery of nature in an abandoned tannery is a great adventure and a brave undertaking, Especially when Brihatta established its connection to this community through its children, forming a bridge through them with the elders.

The event conductor, Tania Sultana, was delighted by this two-day event, working with children who had been leading their lives as labourers. In exchange for their first experience of using a paintbrush, the experience of collaboratively working together, she gained valuable new experiences and insight.

Mong Mong Sho applauds the multi-faceted initiatives of Brihatta over the years, and applauds this bold initiative to start the journey of Brihatta at this new temporary address. And it was even more amazing to meet children at this place when, for the first time, they had to take on the responsibility of conducting art with children.

Tania Sultana believes that creative practices in childhood significantly contribute to the intellectual development of the child. The development of the mind reaches its full potential where there is reflective practice and a thirst for creation. It prepares the child for individual practice and makes them confident as they set out on their life paths. They become ready to make their own decisions in any situation. Painting is an integral part of this intellectual development.

Mong Mong Sho has been moved by the sincerity of local parents, the spontaneous participation of children and their creative expressions. When the factory was the mainstay of life in this part of Dhaka city, he was overwhelmed by the intense enthusiasm toward painting in the children of that community. Brihatta started its journey with children; nothing more joyful than this could have happened here.

As Brihatta set up the space for painting in the traditional “pot” style of Bengal, the main challenge was to bring together so many children in just two days. The children worked in an integrated manner on the surface of the long cloth, in two days, in ten different pots. There is an effort to introduce the practice of creative education to children in Bangladesh. Many are working toward raising children in a more creative, natural environment. We are proud to host the ‘Let’s Play Together’ event organized by the Brihatta Art Foundation. Through exchanges with children, we have been enriched, unveiling new horizons of thoughts. 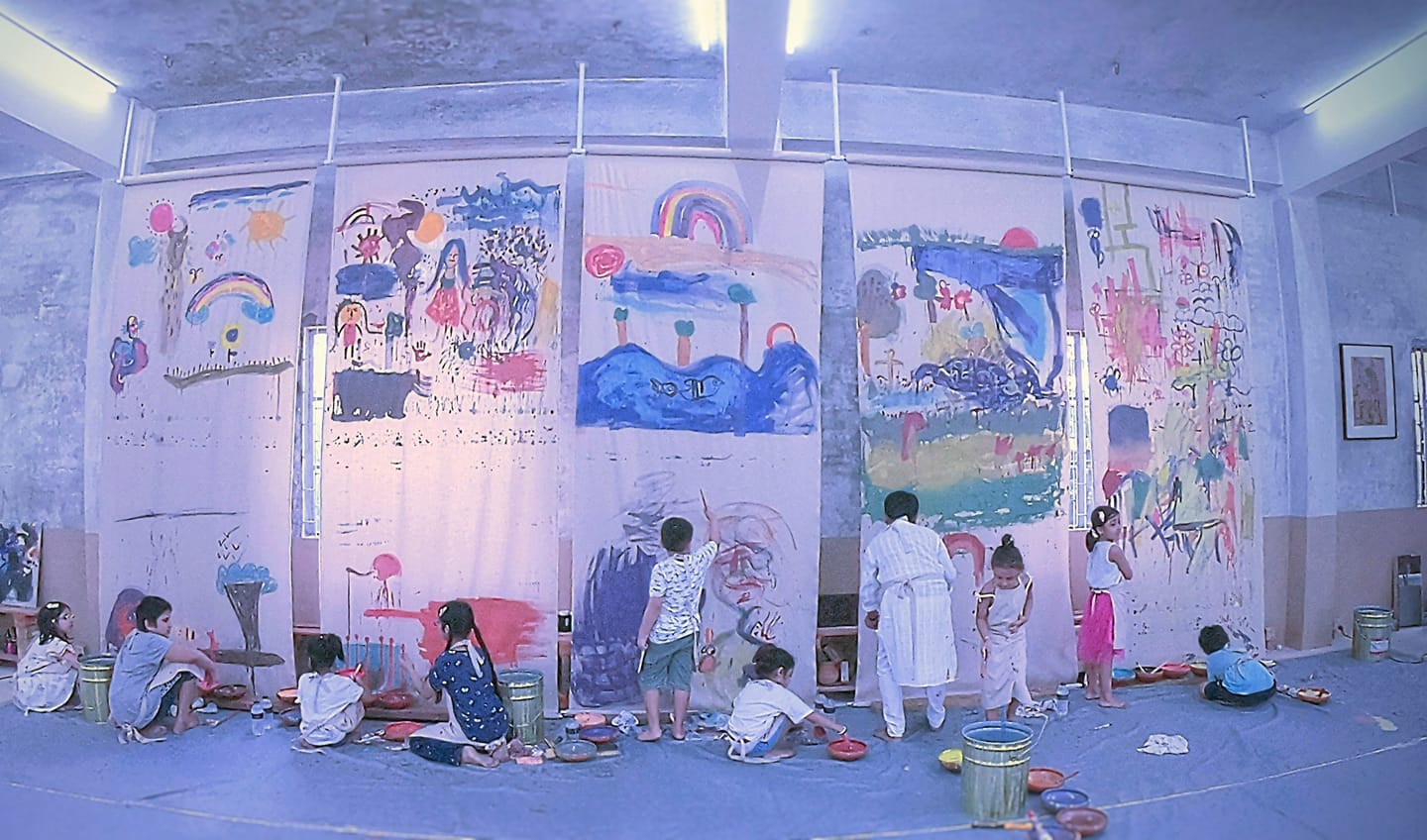 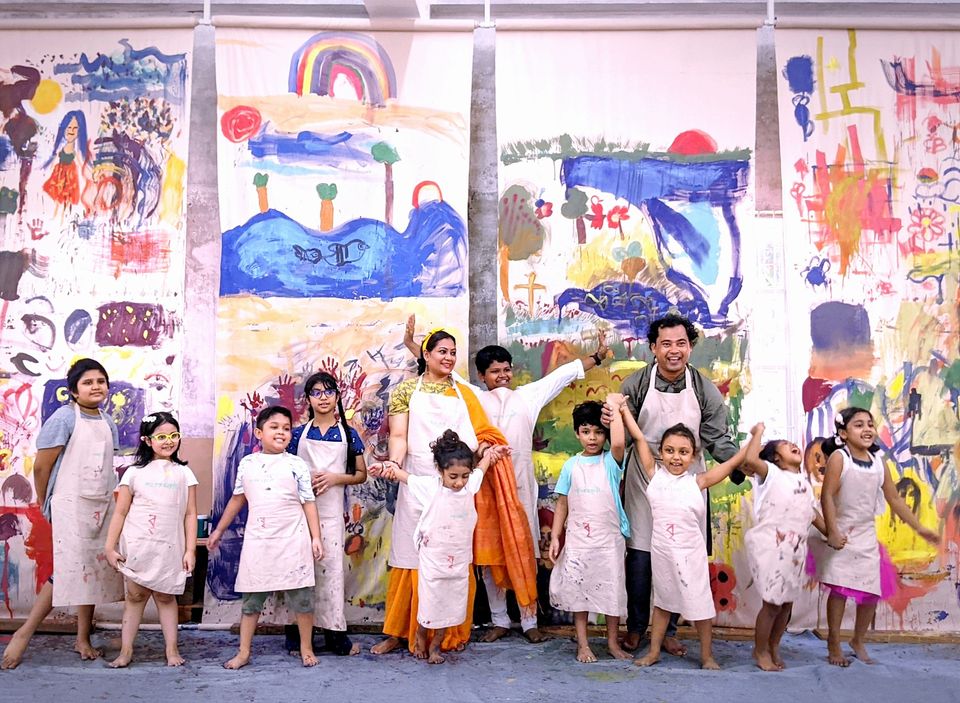 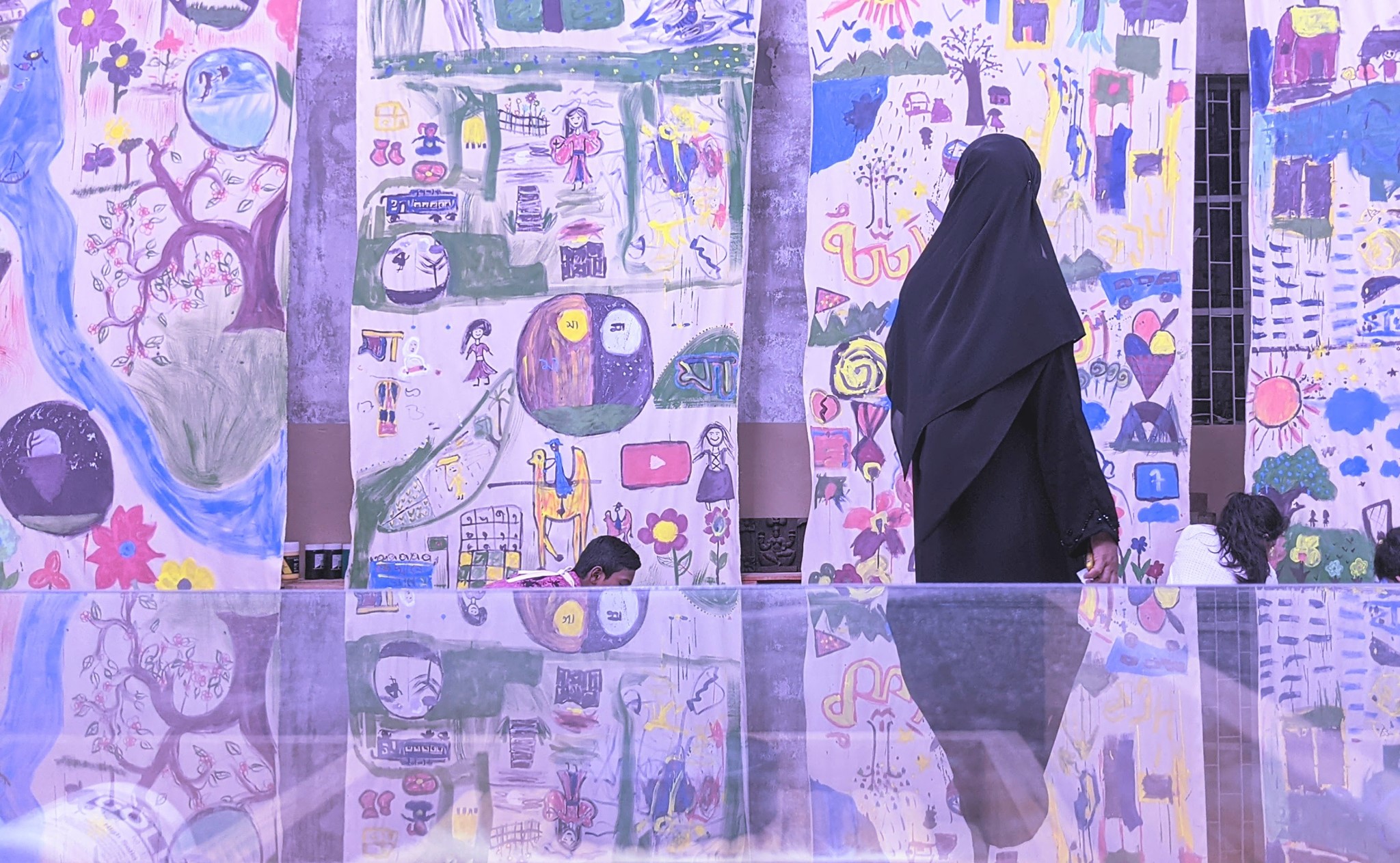 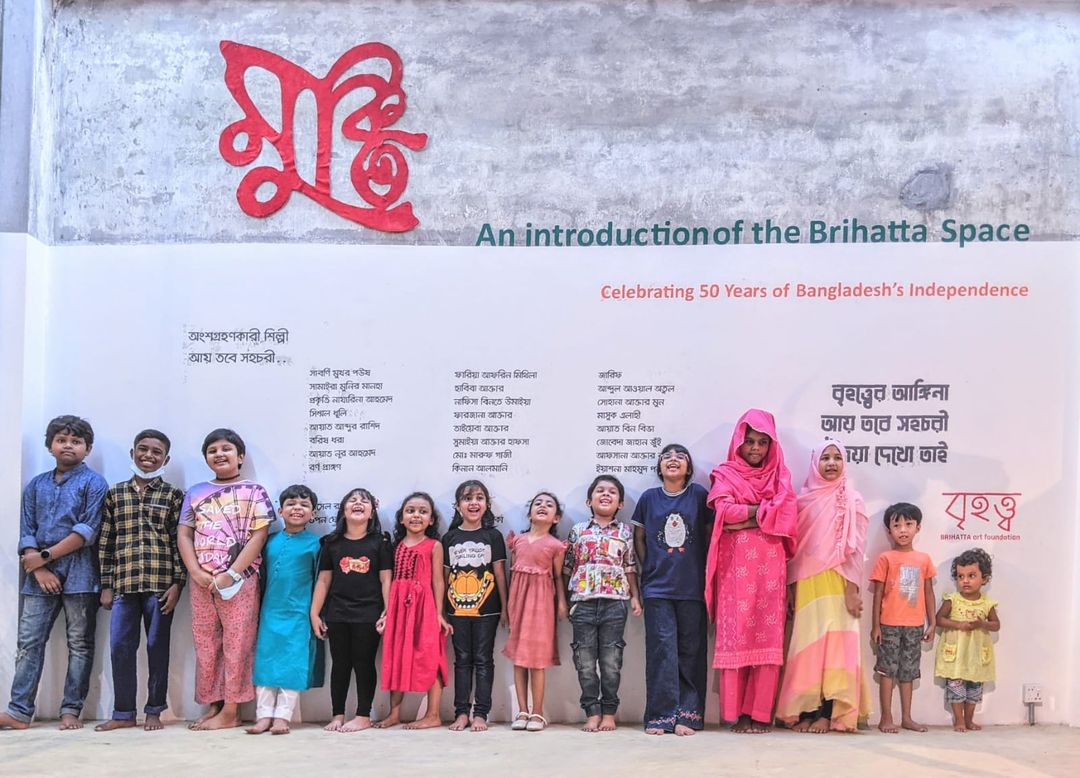 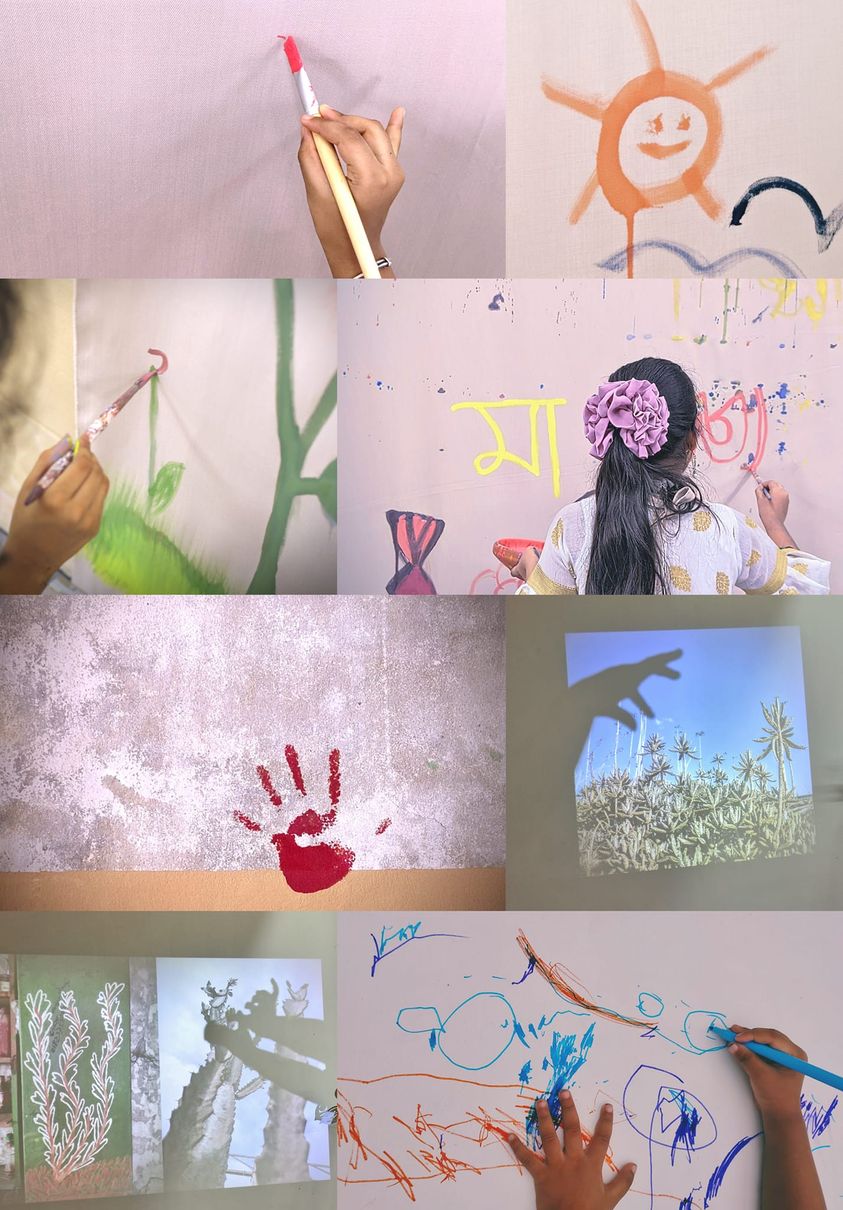 Brihatta Art Foundation is a research-based artist-run platform with a strong focus on community development and collaboration.